Genetic testing is accomplished for diverse goals,  for example identifying carriers, predicting a disease onset in presymptomatic individuals or confirming a diagnosis.

Not all cancers are caused or randomly acquired, some are passed down by ones’ parents. This type of cancer is called a hereditary or germline mutation. Mutations can be acquired from one or both parents and are present in almost every cell in the body. People who carry such mutations, or variants, are not guaranteed to get cancer. But their risk of developing the disease at some point is significantly higher.

What is Hereditary Cancer?

Some people are born with a gene mutation that they inherited from their mother or father. This damaged gene puts them, their children and grandchildren at higher risk for cancer than most people

What is Genetic Testing for Hereditary Cancer?

Genetic testing looks for particular inherited changes (mutations) in a person’s chromosomes, genes, or proteins. Genetic testing is also done to determine whether family members without obvious illness have inherited the same mutation as a family member who is known to carry a cancer-associated mutation.

Next-generation sequencing (NGS) is a high-throughput procedure that allows rapid sequencing of the base pairs in DNA or RNA samples. Allowing a extensive range of applications, including gene expression sequencing, human microbiome research,  detection of epigenetic changes, immune system and inflammation research, molecular analysis as Hereditary Cancer Screening and Hereditary Cardiac Diseases Screening among others, NGS is encouraging innovation and empowering the potential of Personalized Medicine.

Determine if a patient has genetic mutations that correlate with increased risk of several types of primary inherited cancers.

Provides information to delay or avert the development of certain cancers. 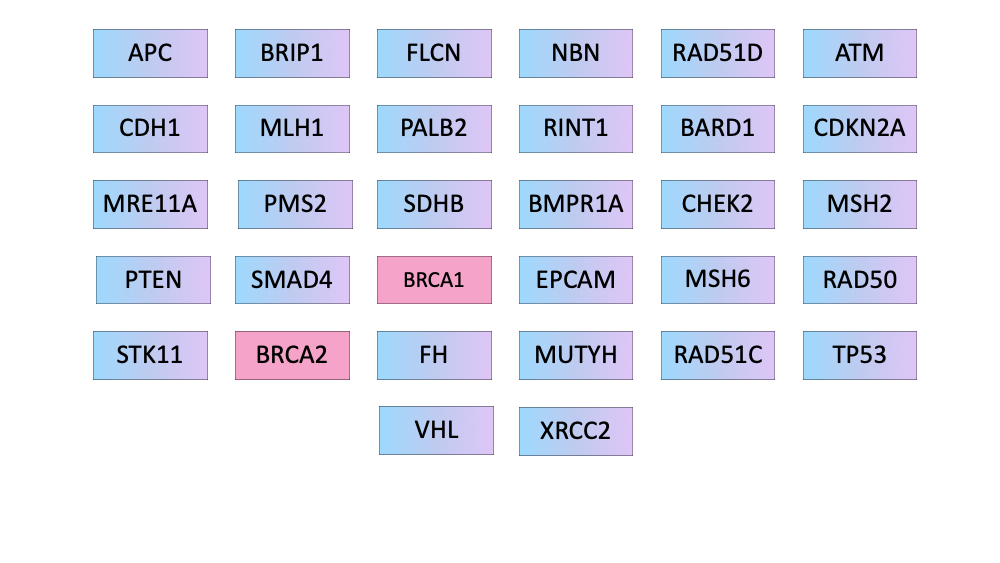